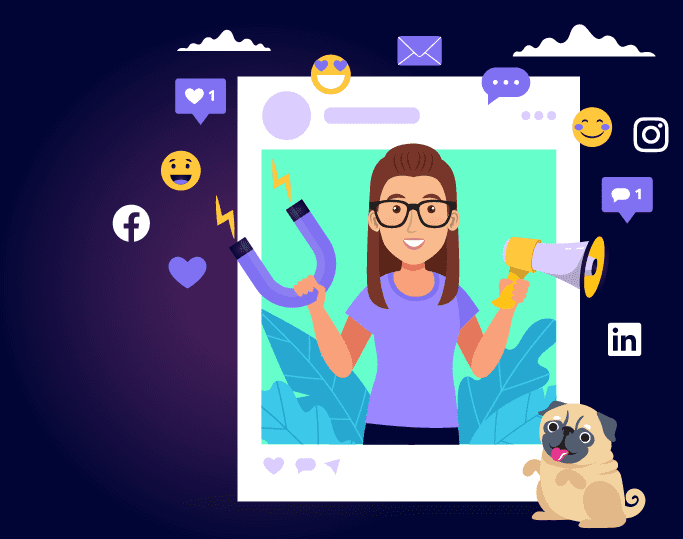 For over a decade, we’ve been the specialist online ad agency secretly powering some of Australia’s leading brands online.

Over the years, we’ve been so single mindedly focused on advertising others, we practically never stop to advertise ourselves – but we figured that Ten years is definitely a milestone worth pausing for, reflecting on and celebrating!


So we took the opportunity to collate our Top 10 Lessons that we’ve learned from 10 Years of converting potential online for some of Australia’s leading Brands.


Here’s our top lesson (of many) that we’ve learned from our years of working alongside Social Media Knowledge, SMK.

In one particular 12 month period, we guesstimated that we had handled around 3,000 pieces of content to support all of SMK’s online activities. And with that many pieces of creative, mistakes were bound to happen.

$108m+ in Direct Acquisition Value driven for clients in 10+ years


Let alone publicly blogging about them.


How mistakes (can) make us stronger

Where errors are concerned:

As a result of numerous cracks in our very unique Media Schedule we ended up implementing certain processes specifically for SMK – some that would eventually trickle down to become agency standard practise:

What I always appreciate about working with Intentional is that the team are willing and able to take on big challenges.

$36m+ in Digital Ad Spend under management in 10+ years

Of course, not all of the above happened all at once, and while the systems were being developed, mistakes were still made. But by the end of it, the ratio of mistakes for the volume of creative going live became outliers and happened for isolated reasons rather than lack of process.

Time to get Intentional?

We exist to help your Brand convert its full potential online.
Let's Talk

For our 10th birthday, Intentional has been celebrating what can be achieved in Ten Years. We’ve collated our top ten lessons from ten years working with some of Australia’s leading brands.

What about you? What can you see happening in the next ten years?

What will you do #InTen?

More from the Intentional blog
If you thought that was interesting…

Earlier this year, we held a very special 10th Birthday Event online and invited some longtime friends of…

For over a decade, we’ve been the specialist online ad agency secretly powering some of Australia’s leading brands…

For over a decade, we’ve been the specialist online ad agency secretly powering some of Australia’s leading brands…

To keep growing toward our potential, we have to be intentional